Around the world, women and girls face injustice simply because they are women. Systems that are supposed to protect women too often perpetuate discrimination against them. Our TrialWatch initiative systematically monitors trials against women and works to get women freed from jail while our Waging Justice for Women initiative aims to fight injustice against women through strategic litigation to reform discriminatory laws and increase accountability for gender-based abuse.

Unjust and outdated “morality laws” that criminalise conduct like such as adultery, dancing or sex outside of marriage are used to punish and silence women and girls and control their behavior. In Iran, we have seen the devastating consequences that women face just for showing their hair.

And in countries all over the world, oppressive anti-abortion laws are used to prevent women accessing basic reproductive healthcare.  The judicial system is supposed to protect women, but too often, courts perpetuate discrimination or are beyond the reach of those who need them.

Women In The Courts

Women who report rape, harassment, or domestic violence; who have abortions or miscarriages; and who fail to adhere to strict and out-dated gender stereotypes are all unjustly targeted. TrialWatch is working to combat this targeting by exposing the sham trials women face. Read more about some of the cases below. The Clooney Foundation for Justice is dedicated not only to helping women secure justice, but empowering them to understand their rights and how to fight for them within their own communities. Our newest initiative, Waging Justice for Women, is dedicated to just that, and our other program place justice for women at the core of what they do.

Until now, there has been no global program to identify laws and policies that are holding women back and support women’s ability to claim their rights through the courts. As a result, women are neither being asked about the injustices they face nor given the opportunity to design and implement the solutions. Our Waging Justice for Women initiative aims to change this. Using data that we gather, and working hand in hand with women-led local organizations, our team will use legal avenues to overturn unfair laws, help victims get redress and bring perpetrators to justice. We will also establish women-for-women legal aid clinics to provide free legal support for women to secure legal remedies and bring about systemic change. 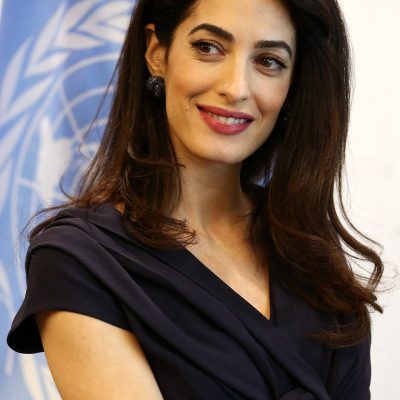 We can combat the injustice that women face by ensuring that unfair laws are overturned and that those who abuse women are held to account.

Pursuing Perpetrators of Crimes Against Women

We are currently undergoing in-depth investigations into mass atrocities around the world which not only include gender-based violence, but equally speak to women and girls who are survivors of other international crimes, such as extra-judicial executions, torture, or enforced disappearances. This includes a careful consideration of how certain violations affect women’s enjoyment of other human rights like the effects of displacement or arbitrary detention on their access to sexual and reproductive health, and ensuring female survivors are represented in cases brought to the international court. Not only that, armed groups that perpetrate violence and discrimination against women and girls benefit financially from things like the illegal trade in antiquities. All of this goes towards bolstering a system of oppression that prevents women and girls from living freely and equally.

Learn about some of the projects that impacted women and girls: 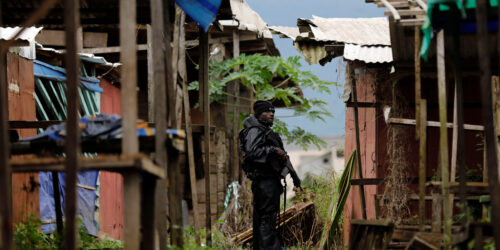 Cameroonian Mother and Her Child Are Still In Prison Justice in Iran Means Gathering Evidence Before It is Lost