TrialWatch monitoring in Indonesia has focused on the abuse of the country’s controversial Information and Electronic Transactions Law (“the ITE Law”), which the authorities and other powerful actors have used to silence criticism. During the first nine months of 2021 alone, at least 81 people were charged under the law, and Amnesty International has found that the law is “misused to criminalize hundreds of people…simply for exercising their right to freedom of expression.”

TrialWatch has also covered Indonesia’s blasphemy law—another way in which the criminal law is being used to insulate the majority from “‘subjective feelings of offensiveness.’” Yet Indonesia is discussing expanding its blasphemy law, posing a further threat to the rights to freedom of expression and freedom of religion or belief.

CFJ’s partner the American Bar Association Center for Human Rights monitored two trials under the ITE Law as part of TrialWatch: the trial of Muhammed Asrul, an investigative journalist who was sentenced to three months in prison for online defamation; and the trial of Stella Monica Hendrawan, a dermatology patient who was prosecuted (and ultimately acquitted) for social media posts critical of a beauty clinic. Together, the cases illustrate the expansive and chilling reach of the ITE law, while the conduct of the proceedings themselves was troubling, with judges appearing to briefly fall asleep during arguments.

TrialWatch also monitored the trial of Suzethe Margaret, a Catholic woman previously diagnosed with schizophrenia who was prosecuted for blasphemy after entering a mosque with her dog while wearing shoes—conduct prohibited by Islam—under the delusion that her husband was in the mosque getting remarried. The proceedings not only evidenced the flaws in the blasphemy law, but the court also allowed the trial to go forward despite serious concerns about Ms. Margaret’s ability to participate, relying for proof on the testimony of a doctor who had not examined Ms. Margaret for more than a year other than having had a brief encounter with her in the court waiting room. TrialWatch Expert. Dr. Charles O’Mahony urged Indonesia “to do more to ensure those involved with the criminal justice system are trained to provide equal access to justice for persons with disabilities” and assigned the trial a grade of ‘C.’ 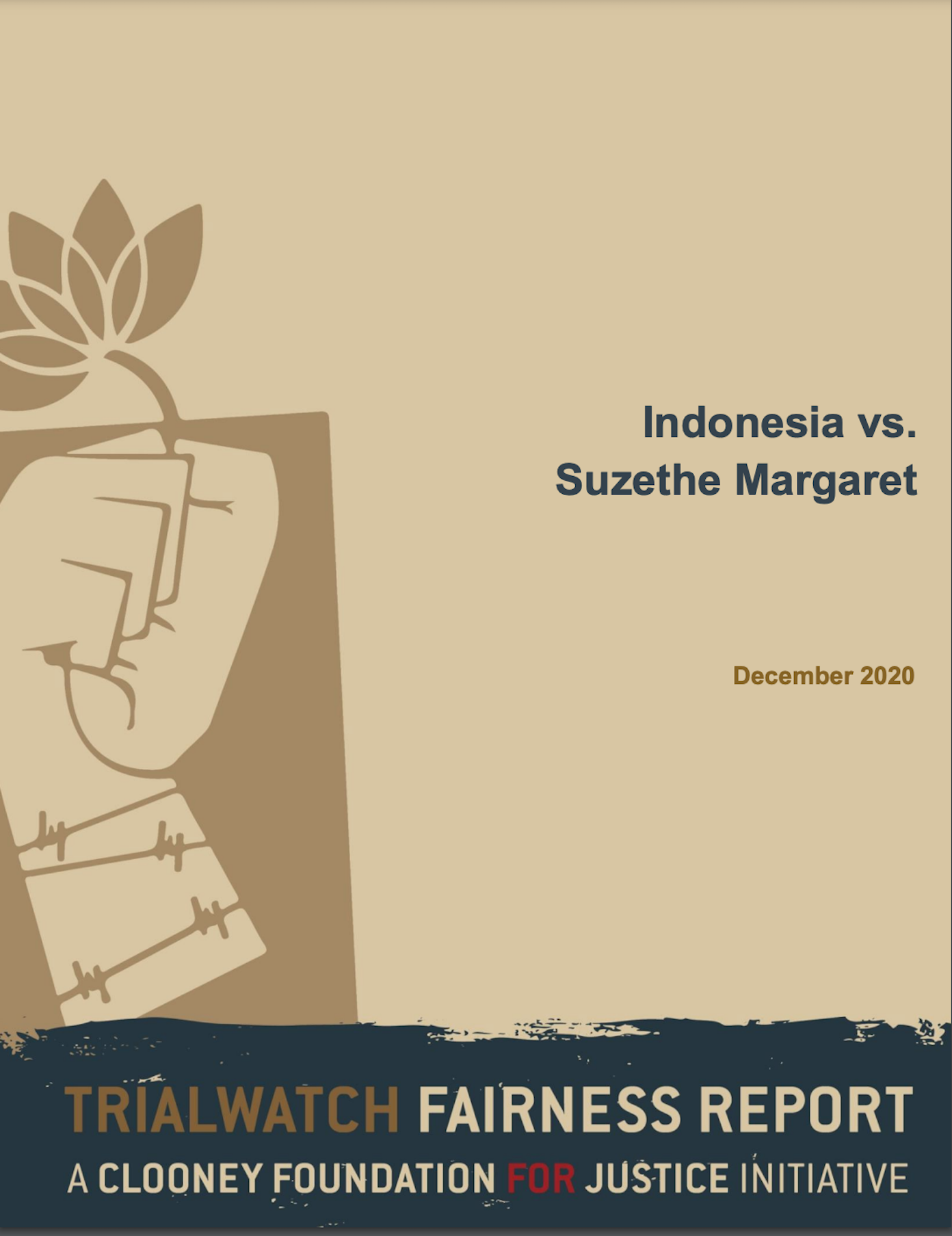 Suzethe Margaret, a Catholic woman with schizophrenia, was prosecuted for blasphemy for bringing a dog into a mosque while wearing shoes. Her case reveals concerning deficits in how the Indonesian authorities respond to defendants with psychosocial disabilities in criminal proceedings.