CFJ’s Waging Justice for Women initiative aims to fight injustice against women through strategic litigation to reform discriminatory laws and increase accountability for gender-based abuse. Until now, there has been no global program to identify laws and policies that are holding women back and to support women’s ability to claim their rights through the courts. As a result, women are neither asked about the injustices they face nor given the opportunity to design and implement the solutions. Our Waging Justice for Women initiative aims to change this. Using data that we gather, and working hand in hand with women-led local organizations, our team will use legal avenues to overturn unfair laws, help victims get redress and bring perpetrators to justice. We will also establish women-for-women legal aid clinics to provide free legal support for women, secure legal remedies and bring about systemic change.

The initiative will be led by Amal Clooney, with funding from the Bill and Melinda Gates Foundation and other specialist organizations. The project will, for the first time, gather much-needed data about laws and practices that are holding women back, and use this to identify legal advocacy opportunities to overcome them. We will fight for equal rights for women, one case at a time.

We can combat the injustice that women face by ensuring that unfair laws are overturned and that those who abuse women are held to account.

Around the world, women and girls face injustice and violence simply because they are women. The judicial system is supposed to protect women, but too often, courts perpetuate discrimination or are beyond the reach of those who need them.

The UN estimates that only 5% of funding by major donors for justice-related causes was spent on projects with gender equality as the primary aim.

When women cannot access courts to protect their rights, it has knock-on effects on their entire community, hindering economic development and progress in every field. Waging Justice for Women aims to bridge this gap and help women and girls gain access to their legal rights and protections, initially with a focus on jurisdictions and human rights issues arising in Africa.

Laws that Are Holding Women Back:

But women and girls aren’t just excluded from the law’s protection, they are often also excluded from participating – and leading – within the justice system itself. In many places, women are under-represented from the lowest to the highest levels of the legal system – as lawmakers, prosecutors, judges, law professors, senior lawyers and law enforcement officers. And across the globe, those fighting for gender equality are themselves harassed or even prosecuted by the state.

International law provides an opportunity for real change when it comes to access for women and girls. Most states have ratified treaties that require them to protect women’s rights.

Data shows that Africa-related cases are heard less frequently at UN human rights bodies than cases involving other regions. Regional human rights courts and commissions operate across the continent but the African Court on Human and Peoples’ Rights has only been issuing judgments since 2009. This means that the Court is yet to opine on many precedent-setting questions affecting gender justice in the region.

These rights can be enforced through national courts, international courts, and UN bodies. The tools exist – but they are rarely used, and awareness of strategic litigation as a way to create change is still at an early stage in many places. Grassroots organizations are very active but often have limited resources and contacts with lawyers who have experience litigating before regional and international human rights courts or UN bodies. 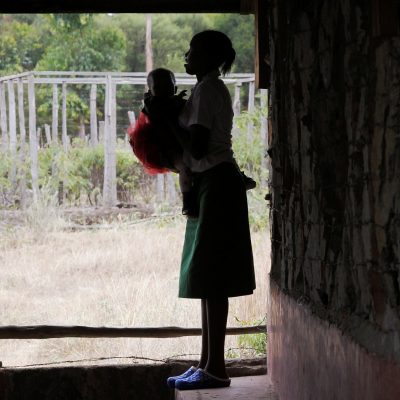 CFJ has recently filed a submission in a case before the African Court of Human and Peoples’ Rights challenging the policy of expelling pregnant and married girls from high school in Tanzania. Given that approximately 1 in 4 girls in Tanzania is either pregnant or married by the age of 18, this means that a huge portion of the female population is robbed of an education and all the opportunities that flow from that. This is only the second case where the African Court is considering women’s rights and has the potential to change many lives.

Advancing Women’s Rights Through the Courts

Using data that we gather and working hand in hand with women-led local organizations – initially in various jurisdictions in Africa – the team will use legal avenues to overturn unfair laws, help victims access legal remedies and bring perpetrators to justice. Our data-gathering will help us identify egregious laws as well as opportunities for redress and reform. By advocating for women and girls in the courtroom and working to strengthen the laws that are supposed to protect them, this new program aims to not only to shine a light on discrimination faced by women, but also, ultimately, help women put an end to it. When survivors seek justice, they look for someone to give them hope that justice is possible. Amal gave me and many survivors hope that we will achieve justice.

Our project will partner with leading women-led advocacy organizations and provide resources and capacity-building support for women legal advocates and human rights defenders across the African continent. In many countries, legal aid clinics provide free services to people accused of crimes so that they can defend themselves.

Amal Clooney is counsel to a number of female survivors of sexual violence from the Yazidi community in Northern Iraq who were targeted by ISIS’ genocidal campaign. In one case, she represented a Yazidi woman who was the main witness at the world’s first genocide trial against an ISIS member brought under German universal jurisdiction laws. Testifying over seven days before the court, the Yazidi woman provided the key evidence that sealed the genocide conviction against the defendant, Taha A.-J, who had enslaved and abused the woman and killed her 5-year-old daughter.

But women also need to be able to defend themselves. At the moment, many women across the world don’t know their rights, nor who to ask about them. And women lawyers often don’t have a clear career path to the top, or opportunities in the field of gender justice. The initiative aims to work with local groups on strategic litigation and over time to establish women-for-women legal aid clinics in target countries. The clinics will provide women with free legal support to secure legal remedies and bring about systemic change through the justice system. We will also train and fund women lawyers to do human rights work and strategic litigation that promotes gender-based justice, supporting them as leaders in the fight to wage justice in their communities.

Click on the boxes below to learn more about some of the challenges facing women and girls, and how access to justice can help. 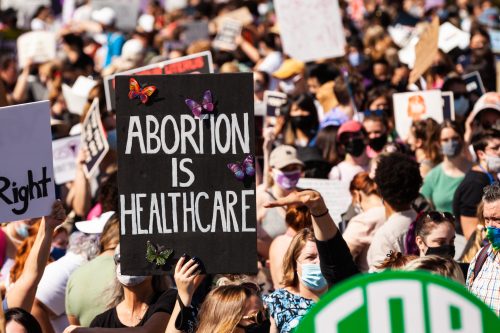 Justice for Women is at the heart of CFJ’s work.

In pursuing accountability for international crimes, The Docket integrates a gender-based and women’s rights perspectives in all areas of its work – investigation, litigation, and advocacy—and across all of its projects. Importantly, this focus is not just on women and girls as survivors of grave rights violations. The Docket works with women as agents of change, whom we see as a major driving force in efforts to pursue accountability. We apply a gender-informed analysis to our investigations to ensure that we fully consider the impact that grave human rights violations have on individuals and populations – including women, men, girls and boys, as well as on LGBTQ+ persons (including those with nonbinary gender identities). Such analysis is not an “add-on,” but a critical component allowing us to better devise legal interventions and advocacy that will ensure adequate redress for the survivors.

TrialWatch is the only organization in the world that systematically monitors criminal trials against women and conducts advocacy to uphold fair trials and remedy abuses. We work with a network of law school clinics around the world – including in Brazil, Poland, Lebanon, the Netherlands, Thailand, and the United States – so that the next generation of lawyers are empowered agents of change. We work with leading human rights lawyers who assess the trials, and the top law firms in the United States who assist us pro bono. Using a CFJ-developed training package endorsed by the UN and an app we developed with Microsoft, our professionals monitor trials all over the world and gather relevant data.

We see the problem of discrimination against women in criminal proceedings as two-fold: laws that discriminate against women; and discrimination at trial, whether through selective prosecution or uneven treatment at trial. Our partners at Columbia Law School’s Human Rights Institute and Clinic have prepared a detailed report on the weaponization of the law against women and girls, using cases TrialWatch has monitored as examples.  This is the first in a series on prosecutions targeting women and girls, in collaboration with universities around the world and led by Columbia Law School. TrialWatch seeks to address both manifestations of discrimination by exposing abuses and representing victims of such abuse in national courts and international human rights courts and bodies. Over time, we aim to create a “Global Justice Rankings” scale exposing countries’ performance on such issues worldwide.