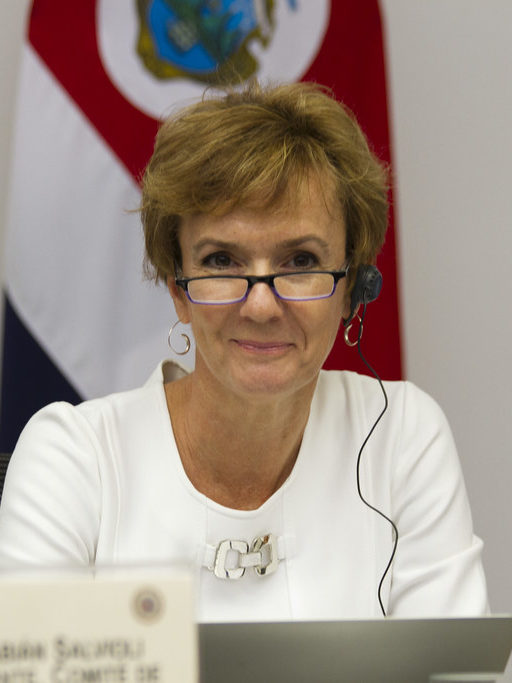 Sarah Cleveland is the Louis Henkin Professor of Human and Constitutional Rights and co-faculty director of the Human Rights Institute at Columbia Law School. She is a noted expert in international law and the constitutional law of U.S. foreign relations, with particular interests in the status of international law in U.S. domestic law, international and comparative human rights law, international humanitarian law, and national security. She also holds prominent roles as an independent expert on the U.N. Human Rights Committee, as co-coordinating reporter of the American Law Institute’s project on the Restatement (Fourth) of the Foreign Relations Law of the United States, and as the U.S. member on the Venice Commission of the Council of Europe.

She has testified before Congress on matters ranging from U.S. terrorism detention policy to the relevance of international law in constitutional interpretation, and has provided evidence to the U.K. Parliament. She continues to serves as an adviser to the State Department.  Cleveland has written widely on issues of international law, human rights, and U.S. foreign relations law. Of her many publications, she is a co-author of Louis Henkin’s Human Rights casebook.