Members of minority groups are prosecuted for who they are or what they believe. Indigenous groups are also unfairly targeted as they try to preserve their way of life in the face of relentless pressure, often from political leaders or because of corporate interests.

“Insulting religion” can lead to imprisonment in more than 40 countries – often that insult can be as simple as being from a different faith. In six of those 40 countries, blasphemy is punishable by execution. Indigenous leaders who criticize government officials can also find themselves facing harsh penalties in an effort to silence community leaders. The simple act of defending their culture or religion can lead to devastating consequences for religious minorities and indigenous groups. During times of conflict or economic downturn, minority groups often become targets and populist leaders around the world use them as scapegoats – passing laws that target the way of life and setting about destroying their homelands and culture for profit. 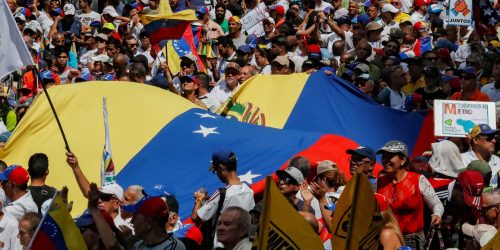 Crimes Against Humanity in Venezuela Genocide and Crimes Against Humanity in Darfur