In Kazakhstan, TrialWatch is monitoring the government’s misuse of vague laws—in particular ‘anti-extremism’ and ‘fake news’ laws— to prosecute journalists and activists for criticism of the government, including its response to the COVID-19 pandemic.

Kazakhstan has recently launched over 130 cases against alleged members of banned opposition parties for ‘extremism’; it has also sought to suppress critical speech using a provision criminalizing dissemination of “knowingly false information that creates the danger of disrupting public order,” which Freedom House has said is one of the tools the government uses to interpret “criticism and opinions as defamation or extremism.”

TrialWatch has monitored three trials under these laws and on this basis CFJ has filed an amicus brief in one of the cases urging reversal of an activist’s conviction because of the ‘fake news’ law’s vagueness both on its face and as applied.

The monitoring of these cases has not only shown how these laws are being abused, but also the role experts play in their enforcement: In all three cases, the prosecution relied on expert reports to show the ‘danger’ the defendants posed, often without adequate opportunity for the defense to cross-examine the experts. For instance, in one case, the report notes that the defendant was “prevented from fully cross-examining the prosecution’s primary expert and from calling witnesses and experts key to his defense,” while the “[t]he prosecution’s case” “revolved around [the] expert opinion.”

Additionally, TrialWatch is examining Kazakhstan’s use of non-custodial sentences in these cases, including, for instance, bans on engaging in “public and political activities,” which effectively prohibited one defendant from continuing work as a journalist and in another case left the defendant unsure whether he is allowed to teach, write, or even recite poetry.

Askhat Zheksebaev, an activist who was arrested and sentenced to five years in prison under Kazakhstan’s draconian ‘anti-extremism’ legislation, showed an “alarming disregard” for the right to a fair trial, a TrialWatch report said. Zheksebaev is currently seeking political asylum in Kyrgyzstan and the TrialWatch report foreshadows what he might face if he is returned to Kazakhstan. The TrialWatch expert who co-authored the report gave the trial grade of ‘D’ because the criminal proceedings violated Kazakhstan’s obligations under the International Covenant on Civil and Political Rights (ICCPR) to guarantee the right to a fair trial, freedom of expression, freedom of peaceful assembly, and equality before the law.

CFJ’s partner the American Bar Association Center for Human Rights monitored the trial of human rights activist and blogger Alnur Ilyshev as part of TrialWatch. Ilyashev was prosecuted for and convicted of “disseminat[ing] knowingly false information” in a state of emergency based on three Facebook posts that criticized the ruling Nur Otan party for corruption and incompetence, including in response to the COVID-19 pandemic. The report on the case gave the trial a grade of ‘D.’ Following the trial, CFJ submitted an amicus brief supporting Mr. Ilyashev’s appeal. In its March 2022 decision, the UN Working Group on Arbitrary Detention called on the Government of Kazakhstan to quash Ilyashev’s conviction and compensate him for the repeated violation of his rights to freedom of expression and due process during the criminal proceedings against him; Freedom Now and the Clooney Foundation for Justice issued a letter to the Government of Kazakhstan in September requesting an update on the steps it has taken to comply with that decision.

TrialWatch and Debevoise & Plimpton LLP have challenged the conviction of journalist, Aigul Utepova, before the United Nations Human Rights Committee after she was involuntarily committed to a psychiatric clinic, unjustly convicted under abusive anti-extremism laws, and banned from carrying out her profession as a journalist. A TrialWatch Report found serious violations of her rights at all stages of the proceedings against her and gave the trial a grade of ‘D.’ 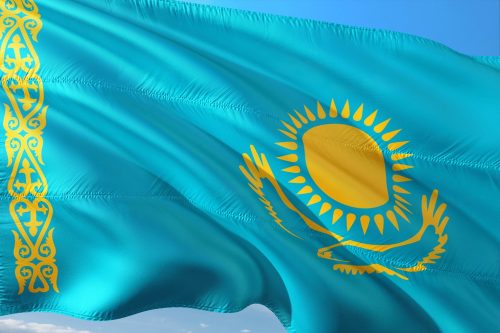 Kazakhstan Should Comply with UN Decision and Quash Activist’s Conviction Askhat Zheksebaev, an activist who was arrested and sentenced to five years in prison under Kazakhstan’s draconian ‘anti-extremism’ legislation, showed an “alarming disregard” for the right to a fair trial, the TrialWatch Fairness Report said. Aigul Utepova was involuntarily committed to a psychiatric clinic, unjustly convicted under abusive anti-extremism laws, and banned from carrying out her profession as a journalist, should have her conviction reversed. Alnur Ilyashev was prosecuted under Article 274 of Kazakhstan’s Criminal Code for “disseminat[ing] knowingly false information” in a state of emergency on the basis of three Facebook posts that criticized the ruling Nur Otan party for corruption and incompetence, including in response to COVID-19.