What Next to Tackle Conflict Antiquities in the European Union?

The European Union should work to ensure people involved in the trafficking of antiquities are prosecuted on serious criminal charges, including financing terrorism, the Docket, a Clooney Foundation for Justice initiative, said today in its response to a public consultation launched by the European Commission.

The Docket participated in the consultation which is part of the Commission’s action plan against trafficking in cultural goods for 2022-2025. On June 8, 2022, The Docket launched its report The Need for Prosecuting Participants in the Illegal Antiquities Trade, which traced key smuggling roots out of the MENA region and to Europe and North America. The report outlined The Docket’s findings of a two-year investigation that aims to dismantle these criminal networks and bring to justice European and US dealers involved in conflict antiquities trade.

The looting of antiquities fuels international crimes and ongoing conflicts in the MENA region and enables the commission of grave human rights violations, the Docket’s report detailed. State and non-state armed groups in Syria, Iraq, Libya, and Yemen have institutionalized the looting of antiquities as a weapon of war and a major source of financing. These crimes will continue unabated and remain profitable for as long as there is a largely unregulated international market for illicit antiquities where the dealers, brokers, and intermediaries operate with impunity.

“European Commission could play a critical role in tackling the illicit antiquities trade. Our recommendations are meant to continue raising awareness and seek justice for the victims of the atrocities financed by the trafficking of antiquities” said Anya Neistat, Legal Director of The Docket.

The EU Commission plans to adopt its plan against trafficking in cultural goods in the fourth quarter of 2022, which is part of the Commission’s EU Strategy to Tackle Organised Crime (2021-2025).

The Docket, an initiative of the Clooney Foundation for Justice, gathers evidence of international crimes to trigger prosecutions of perpetrators and support victims in their pursuit of justice. 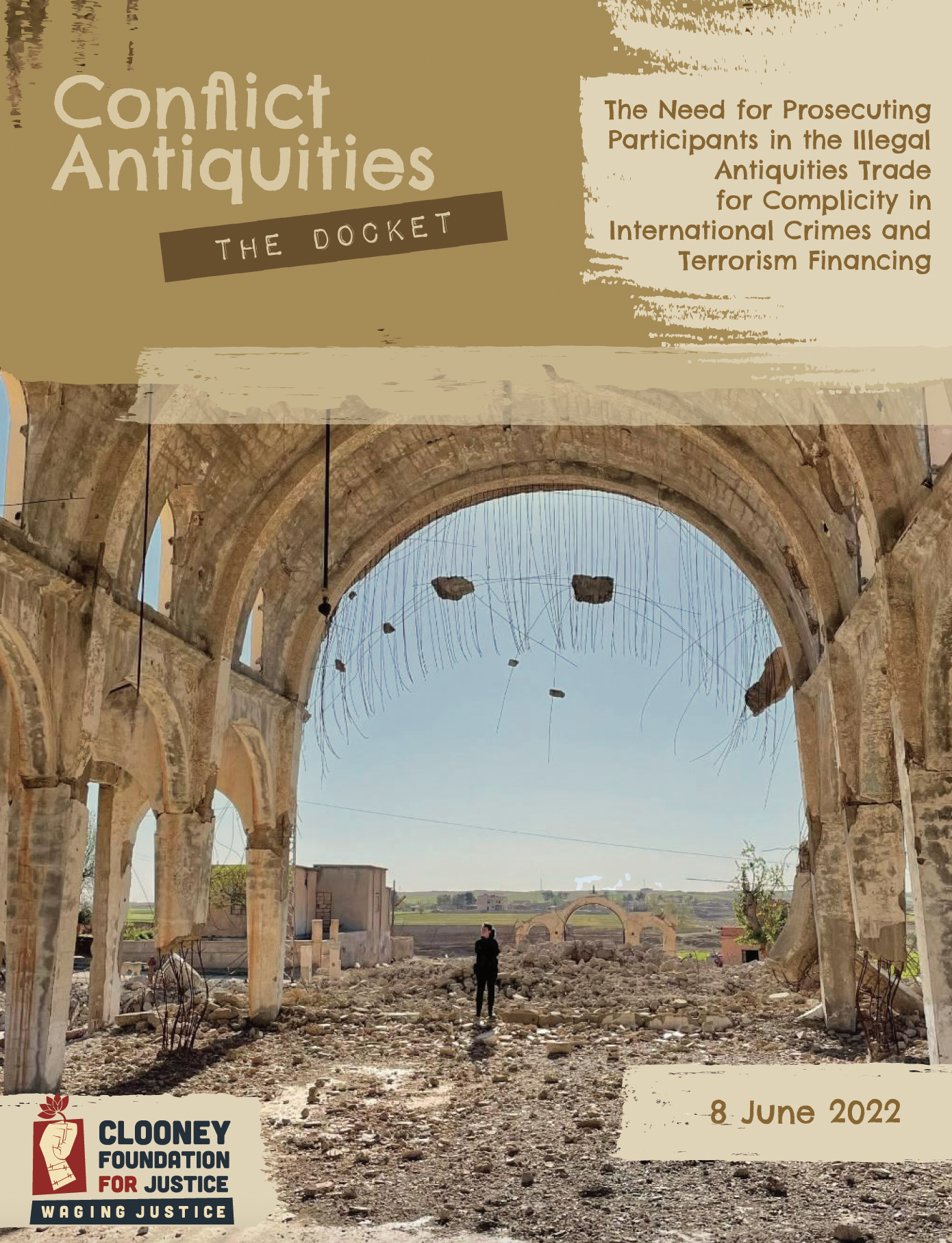 Conflict antiquities traded in Europe and the United States are fueling international crimes in the Middle East and North Africa (MENA). State and non-state armed groups in Syria, Iraq, Libya, and Yemen have institutionalized the looting of antiquities as a weapon of war.