Our statements, eye witness accounts from monitors, reports, and advocacy have exposed the numerous laws around the world that are being weaponized against the press.

In a number of our cases, we have seen how a monitor’s presence can in itself have a direct impact.  For instance, in the Abelino Chub case in Guatemala, local partners relayed that their view that the monitor’s presence in the courtroom affected the outcome of the case – an acquittal. Our statements, reports, and advocacy have not only exposed the numerous laws around the world that are being weaponized against the press, but also help the press to report on court proceedings around the world and show how discrimination plays out in courtrooms.

Below are some examples of the impact we have had on trials involving journalists. 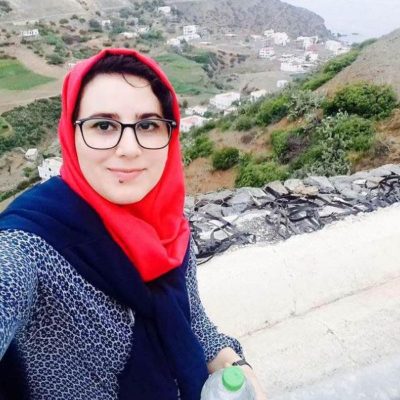 Through my experience, I think that TrialWatch is important because it documented all events and exposed human rights violations. and this is important for political detainees who are released from prison with nothing BUT their dignity."

The TrialWatch Fairness Report, authored by a senior lawyer at the International Bar Association, gave the trial a grade of “D,” noting that the judge “treated an unsigned statement presented by the prosecutor as a confession by Ms. Raissouni, despite the fact that she denied making it.” After TrialWatch advocated for her release, Ms. Raissouni was pardoned by the King of Morocco. Political speech that causes ‘discomfort’ should not be prosecuted. Instead of adding to its tally of prosecutions based on vague laws, Malaysia should dismiss the charges against Dian Abdullah and make good on its offer to review some of the legislation at issue.

In Malaysia, TrialWatch monitored the proceedings against a blogger, Dian Abdullah, prosecuted for posts critical of the King and Prime Minister. She was charged with making statements that might “cause fear or unrest to the public” and “offensive communication.” The only evidence presented was the testimony of a police officer who stated that one of the posts might cause “discomfort” and the testimony of a second officer who said that one of the posts was “derogatory and nasty.”

After a TrialWatch report criticized the case, the prosecution offered to settle the case for a fine. We are now seeking to use the data gathered from the court monitoring to file an amicus brief supporting a constitutional challenge to the ‘offensive communication’ law under which Ms. Abdullah was prosecuted.

TrialWatch has issued many Fairness Reports assessing the trial process, so that there is now objective data and an expert assessment of what happened at trial instead of a ‘he said/she said’ analysis or bare denials by autocratic regimes.

These reports have identified a variety of human rights violations:

We have also routinely spoken out about abuses when they occur. For instance, we urged the release of Omoyele Sowore, who was being detained in Nigeria despite a court order releasing him on bail. He was then set free pending trial.

In numerous cases, our reports have been submitted by defense counsel to courts of appeal in national courts. And we have used them to conduct advocacy before courts and human rights bodies internationally.

Our statements and reports have also been picked up by a wide range of local outlets. TrialWatch’s reporting on the trial of ‘Hotel Rwanda’ figure Paul Rusesabagina led to CNN pressing the now ex-Rwandan Minister of Justice live on air to answer questions raised by our work. After his conviction, our assessment of the case was covered  by the New York Times, Washington Post, Financial Times, CNN, Al Jazeera, and Voice of America, among others.

Amal Clooney  has helped to secure the freedom of journalists arbitrarily detained for their work across the globe. In 2020 she was the recipient of the Gwen Ifill Award for ‘extraordinary and sustained achievement in the cause of press freedom’ from the Committee to Protect Journalists. And in 2021 she received the Reporters Committee for Freedom of the Press’ ‘Freedom of the Press Award’. In 2019-2021 she also served as deputy chair of an International Bar Association Panel of Legal Experts on Media Freedom chaired by former UK Supreme Court President Lord Neuberger.

She is current lead counsel for Filipino journalist Maria Ressa facing over 100 years in prison in Manila based on spurious charges and a conviction for ‘cyber-libel’. In 2021, Maria was awarded the Nobel Peace Prize for her ‘courageous fight for freedom of expression in the Philippines’.

Amal was previously counsel for two Reuters journalists convicted and sentenced to 7 years in prison in Myanmar following their reporting on crimes committed against Rohingyas by the Myanmar forces. The two journalists were released in May 2019.

She represented award-winning journalist Khadija Ismayilova, subject to politically-motivated prosecution by the Azeri regime following her reporting of corruption by the President and his family. The European Court ruled in her favour and she was released in 2016. She also represented journalist Mohamed Fahmy from Al Jazeera English television network detained in Egypt following an unfair trial for the crimes of ‘terrorism’ and ‘fake news’.  Fahmy was released in 2015.

To read more about our co-presidents visit our “Meet the Co-Presidents” page.